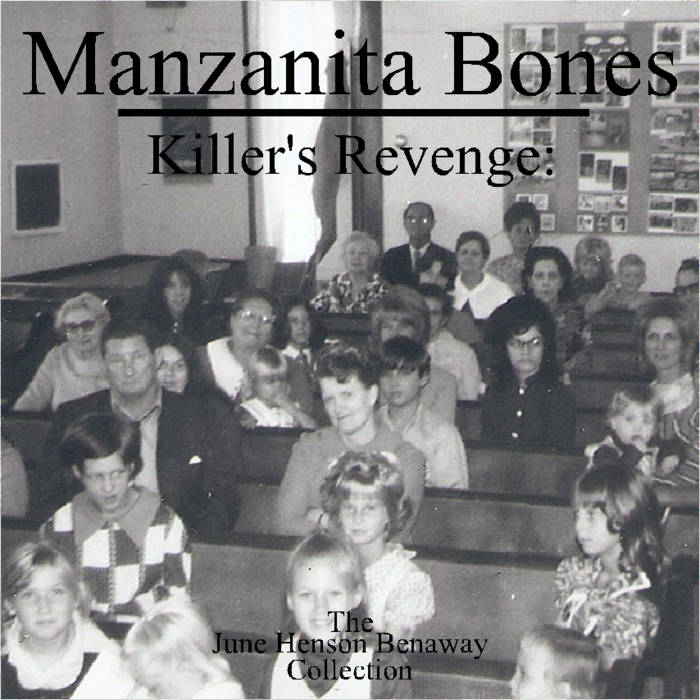 Some of our earliest memories of June (our “Granny”) are of her cackling as she spoke of her fictional lover, Killer. It was a joke that ran for decades. Her Killer stories seemed like her imagination frothing over. Killer became for us her imagination personified.

Now, oddly perhaps, Killer has outlasted her, as her stories, characters, and songs still find their way out into the world, visiting vengeance on death itself by refusing to play by its rules.

Death haunted June, similarly to how it must have haunted Lloyd Chandler, who penned the first version of “Conversation with Death.” We include a version of that song here because it seems to occupy the same hard world that June suffered, one in which faith was the only tether to a God whose plan, at times, seemed to have forgotten her. Now, of course, she would never have put it that way, and that’s precisely why recording these songs has meant so much to us.

So, thanks, Granny, for letting us try on your faith for a few short weeks.
You’ve left us in wonder.

All songs arranged, performed, & produced by
Manzanita Bones
Recorded by Butch Vice at The Radon Basement
Mastered by Jason Hayes at WPCD Studios