When Everything Was Dark

from It's Only A Lie by Manzanita Bones 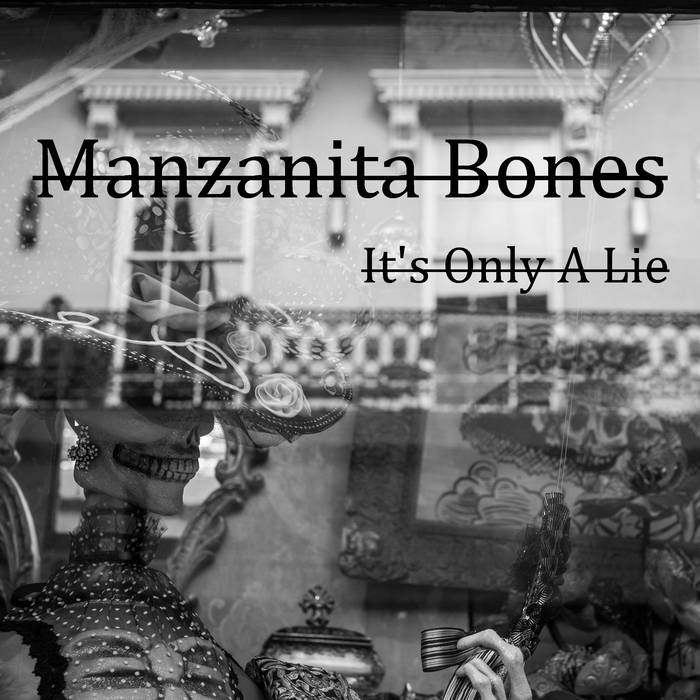 "When Everything Was Dark"

“It’s all darkness,” Jacob said. He swept his upturned palm around in a half-circle, his arm outstretched, as though he were gesturing at something obvious, the way the maestro draws applause for the orchestra he’s just conducted, the orchestra which, more likely than not, would not have missed a note if the man had dropped dead after the first movement. Such a gesture is always an admission. Its meaning always the same: Can’t you see? For all my pains at controlling this, it is, quite literally, beyond me. It is out of my hands. It belongs to you, to them, to the world. It is the world. It’s the gesture of a fallen god.

The boy had asked him a childish question. “Why do the shadows get long when it’s almost night?”

The boy paused and peered out into the distance. He squinted his eyes. Such conversation had become rather commonplace between father and son, and the boy had learned when to feign reflection. Finally he answered, “At lunchtime the light is brighter. The light gets dirtier closer to night.”

Jacob seemed pleased with this. “Yes, yes, the darkness slowly joins itself to the light, so slowly, so calmly and patiently. It winds itself around the center of light, sullies it, soaks it, until it’s permeated the light completely. Until the light is gone. Until the light has become darkness.”

Jacob stood without moving or talking for a long time, gazing into the changing sky. The boy watched, too, as night overcame day, just as his father had said. As he looked up at the man, he saw the sunlight die in the distance on the tree-line behind him. Darkness washed over Jacob’s crumpled pork pie hat, his hairy face, his worn, denim work shirt, and wrinkled black pants. He had become a silhouetted scarecrow or circus clown. Darkness seemed to have overtaken his father, along with the rest of it, almost. There was a brightness in the eyes that was not extinguished with the sun—a brightness that was, for the moment, lost somewhere in the sky in some star-lit reverie. Jacob’s eyes seemed to blink with the same faint sparkle of those stars. It occurred to the boy that he couldn’t quite decide whether his father had merely been describing the dreary play of darkness and light or if he had cast the darkness into the sky with his words. Then the man’s eyes shot down, their light trained on the boy.

Jacob spoke, his tongue darting around, almost unable to keep up with the rambling words he spit into the air. His wide eyes never left the boy’s. “There was a time when everything was dark,” he said. “No sun. No stars, nothing. Just dark. Light has always been the exception, a luxury, a fake. Light and heat are accidents. People talk about balance and harmony—of darkness and light—as if they were equivalent, as if they weren’t out to devour one another. But darkness has its own harmony with cold, with stillness, with peace. Light is a mistake. Its very presence corrupts the dark and cold of space itself. Look up there. It’s darkness that overcomes all. There’s no balance. Our day is a delusion, a lie we tell ourselves ourselves, tell each other, because we fail to face the facts: that we are pathetic accidents of the light, that stupid life is part of what’s wrong with the universe. And worse than that—.”

Then he seemed to remember himself and broke his gaze away from the boy’s, shaking himself as one shakes off the cold. “Never mind,” he said blankly. “Let’s head home.” Jacob took a few steps. The boy didn’t follow. When he noticed what looked like a tear shimmering down the boy’s nose, Jacob softened a little and gestured somewhat obscurely toward him, as if to say, come along or I don’t know or maybe even I’m sorry. But, whatever it was intended to convey, it was the maestro’s gesture.

The sun had gone down now. It was night.